Thanksgiving may be over now, but that doesn’t mean we need to stop thinking about the things we’re thankful for. With Listmas right around the corner now, I couldn’t help but think of a few games from earlier this year that I’m absolutely thankful for. This started out with so much promise and was actually going rather strong right up until mid-September. It’s important to remember that there’s still plenty to enjoy in the AAA sector of gaming and still plenty to look forward to. There are plenty of classics to enjoy out there, but these are the games that remind me of how much promise the current industry still has.

Prey was the first game in a long time to not only get me excited, but my whole group of friends too. We saw the trailers, dissected the demo and traded theories as to what was going on right up until release. After release, our phones were constantly buzzing with stories of cool combat encounters and character building thoughts. After we’d all finished the game and discussed the ending, the conclusion was that we wanted Arkane to bring out a sequel as soon as possible! My little group seems to be in the minority with this one though. Prey is a highly underrated gem for anyone who likes exploring open-ended environments and combat that makes one really feel like they’re becoming more powerful.

Nier: Automata is on this list for three reasons. First, it plays well. It plays really well, in fact. It’s hack ‘n slash/shooter gameplay feels good and fluid right from the very start. 2B, 9S, and A2 all feel incredibly powerful and yet they’re not overly powerful. Without the right chip builds, getting overly aggressive is quick way to get killed. Second, it’s wonderfully weird. I mean that in every positive way too. Nier: Automata’s combat is a strange mix of hack ‘n slash and bullet-hell shooter elements. Its characters are quirky, and its world is absurd. Yet, it all manages to be acceptable. As crazy as Nier: Automata’s world is, there isn’t a single moment where you’re not buying what’s going on. Finally, it got me right in the feels. It got me really good in fact. The story of 2B, 9S and A2 takes it players everywhere from the heights of triumph to the pits of absolute despair and goes everywhere else in between. I cannot remember the last time I was so invested in a character’s life and story. As I got to know each android over the course of the game, I found myself really feeling for them. I wanted them to be happy, to live out their dreams and overcome the situation that they and everyone else in the game had been stuck in for centuries already. Congratulations Nier: Automata, you got me to feel more for robots and androids then I ever thought possible!

I’d never played a Persona or Shin Megami Tensei game before Persona 5. After having played it though, I can confidently say that I want to go back and dive into both series. I love JRPGs and like to think that I know what I’m getting into when I sit down to play one, but Persona 5 threw me for a loop in the best possible way. It’s story and themes were unusually relatable. It’s not a game about saving the world (at least not at first). It’s about kids (or just individuals) wanting to correct the societal wrongs most people are powerless to confront. Rebellion, the frustration of youth, the apathy of age, it’s all in there. Beyond that, the task of balancing the live of a persona user and a normal student was oddly compelling. Add to that a catchy soundtrack and an art style that’s an absolute feast for the eyes and you’ve got yourself a slam dunk for anyone with even the smallest interest in JRPG-style games. 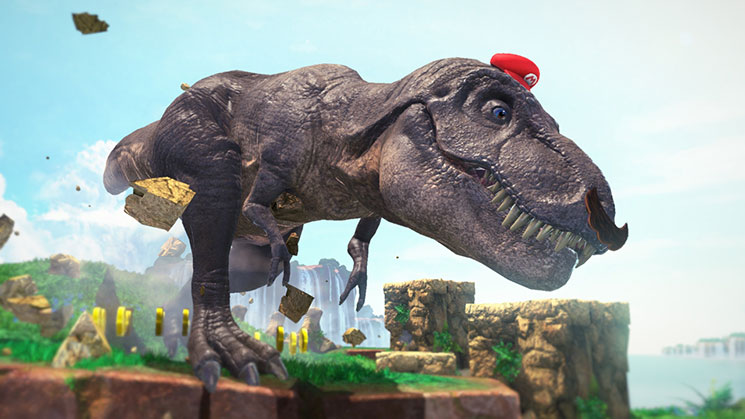 This is the Mario game that I never knew I wanted. It does everything right! It’s Super Mario 64, but bigger and more open. It expands Mario’s moveset to unheard of levels with new acrobatics and all manner of enemy-specific abilities and manages to keep it all feeling natural. Moons are an absolute joy to both hunt down and earn in the games myriad of little platforming challenges and gauntlet areas. It’s 2D walls are a welcome blast from the past. Its costume system is more fun than it has any right to be, and the whole game is absolutely gorgeous to look at! Super Mario Odyssey is awash with the outright joy of Mario-style platforming and there’s absolutely no way to avoid smiling while playing it!

It’s a new Metroid game. It’s a new 2D Metroidvania-style game in 2017! I haven’t gotten to play much of this one yet, but what I have played has been some of the best fun I’ve had on the 3DS to date. Definitely recommended playing for anyone who can’t wait for Metroid Prime 4!

I’m not thankful for Star Wars: Battlefront 2 as a game. Rather I’m thankful for what it’s unintentionally managed to do. This is the game that exposed loot boxes for what they are and exposed EA’s sheer unabashed greed in way that showed the world exactly who they are as a company. This is the game that got the entire community to ban together and say “NO!” and is the game that’s also managed to make loot boxes in general a hot button issue for everyone, not just gamers. The eye of government, for better or worse, is now directed squarely at the likes of EA thanks to this, and developers will have to be much more careful about how they use loot boxes in the future if they want to avoid a similar situation. Star Wars: Battlefront 2 might be a failure as a game, but it’s an overall win for the gaming community.

Gaming came out swinging in 2017 and might just end that way too. Despite all the loot box nonsense going on, we’ve still got great games to look forward to. Personally, I really can’t wait to check out Xenoblade Chronicles 2. I kind of missed the boat with the first one, but I definitely won’t miss out a second time if it’s sequel is as good as its pre-release media suggests.

Which 2017 games are you thankful for? Which one are you looking forward to in 2018?