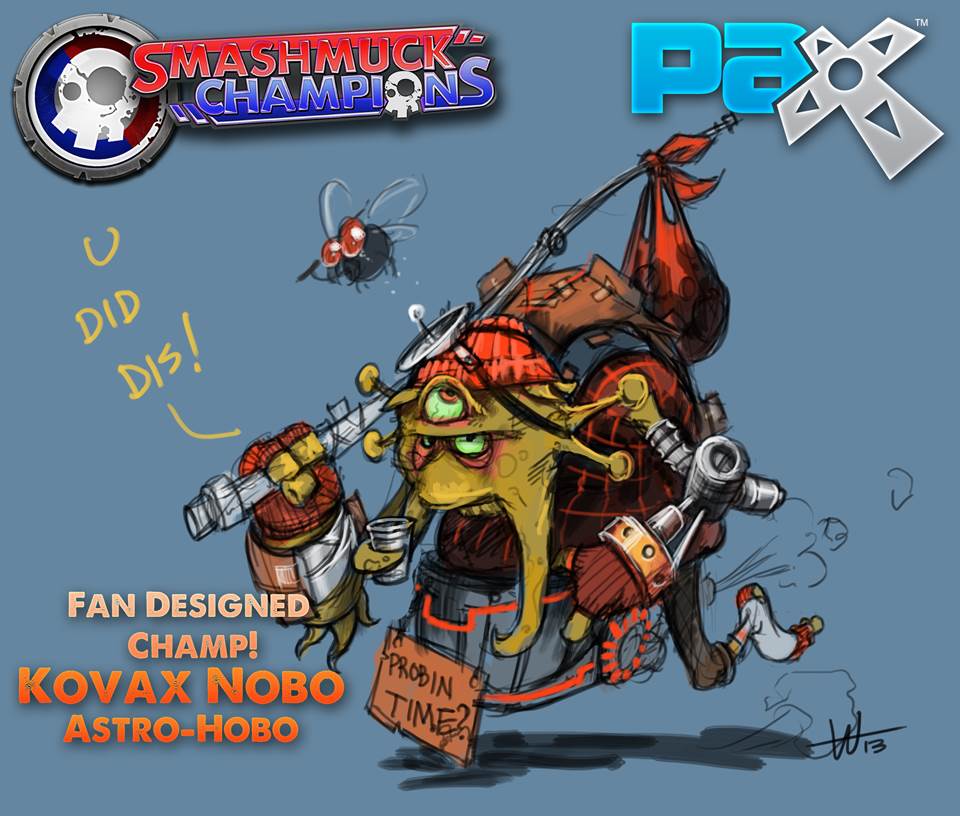 This is Kovax Nobo the Astro Hobo, the newest fan-designed champion to be announced for Smashmuck Champions. It’s a free to play MOBA (Multiplayer Online Battle Arena) game that aims to provide players with a friendlier, more action-y, experience than that of similar games such as League of Legends. While it is indeed fun, what really grabs my attention is the level of involvement the game’s fans are enjoying.

Fan/player involvement has been highly emphasized in the development of the game thus far, to the point where several features advertised on the website derive from it in one form or another. The game features community created content, and makes item crafting and customizing a fairly important aspect of the game. This has all been done before of course, after all even mainstream releases like the Halo games feature community driven content.

So why is this important? Well for me at least, this is the first time that I’ve seen the community driven and player involvement aspects of a game held up as a feature, as an important part of the game. It’s not just Smashmuck Champions either, a large portion of the indie developers I talked to at PAX held up community as a nearly indispensable aspect of development. It kind of felt like an unofficial theme now that I thing about it. There wasn’t as much of this seen among the major console releases, but this really has me psyched for the future of gaming.

These smaller developers know the communities that surround their games and they know what involving that community does to help a game’s image, reception, and potentially its success. These people know that we want to be closer to the games we play; and you know what? These are the people that will be in charge of the next generation of games, and I don’t just mean the next console generation.

With so many developers in the business that see real value in their fans, I can’t help but be optimistic about the future of gaming!

What’s your take on community involvement in game development? Good? Bad? or perhaps even Fad?